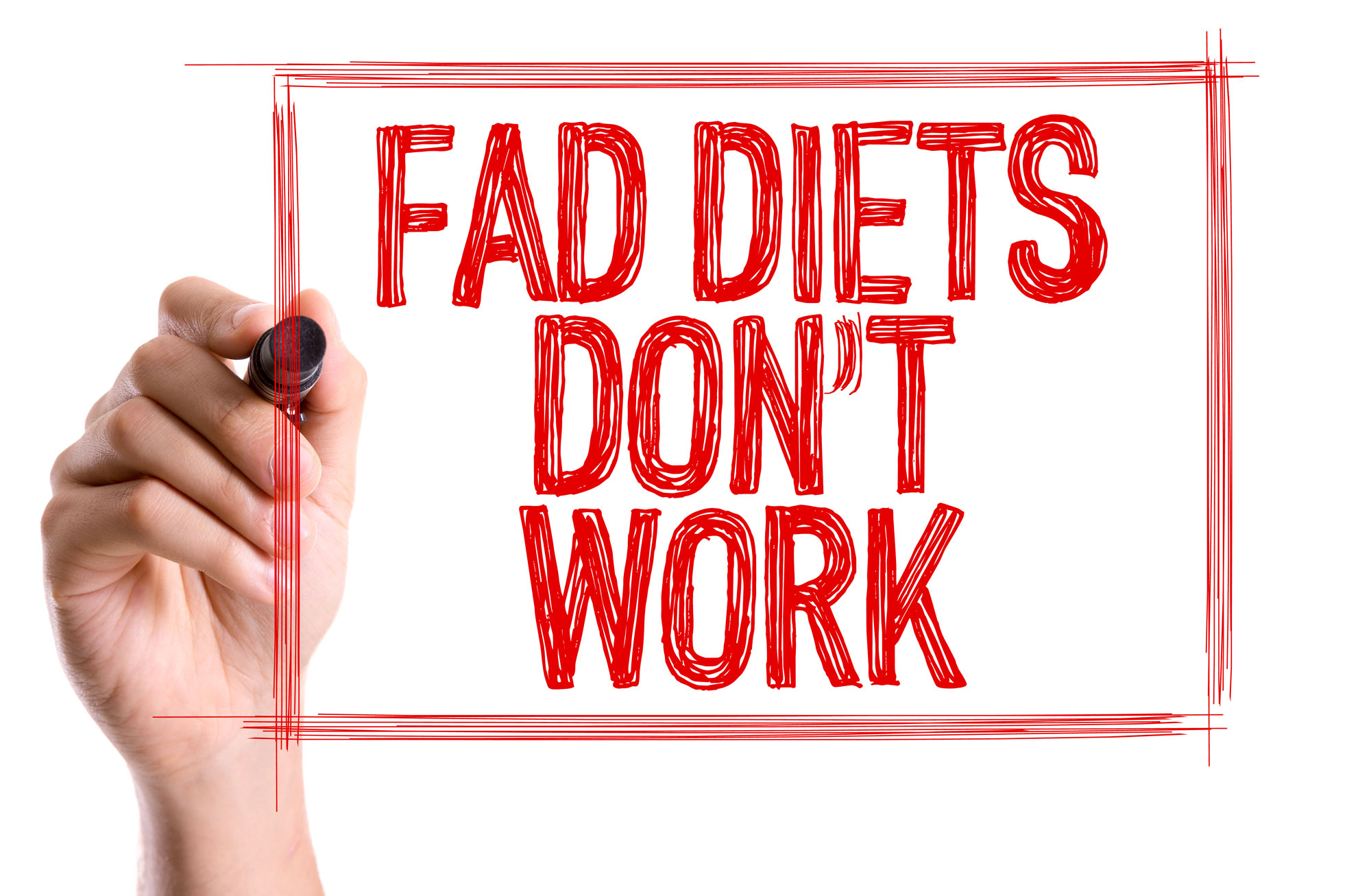 On a daily basis I have strangers, friends, family and co-workers share with me the new scheme they are going to use to lose weight.

Maybe even a magical weight loss pill they are going to try. I bet you are even still thinking that you’ll do one more diet, just one last time, and then once you lose the weight you can go back to normal eating.

Keep reading if that is you…

After years of using the same techniques of cutting calories and following diets (unfortunately the techniques we were taught in school to use), I consistently saw that it never, ever worked. Weight loss and “success” would occur at first. For probably the first month, maybe even a few months. Eventually though, it would stop working and there would be no more “willpower” and the weight would come back.

The reality after dieting is that most people gain the weight back and an alarming 40% regain more weight than their initial starting weight. Going on a diet is likely going to increase your chances of gaining weight, not losing it.

Your weight is not calories in versus calories out. It is so much more complex than that.

Today I want to show the SCIENCE behind why diets don’t work. Let’s start first with the largest misconception with diets, that you stop dieting because you lack willpower.

Guess what? In terms of dieting, willpower doesn’t exist.

It is a man made, ego-driven, media-promoted idea that when you stop dieting it was because you are lazy and lack willpower or that you are not strong enough to keep eating your carrot sticks and bland chicken breasts. You do not lack willpower if the ice cream is calling your name at midnight after you have only eaten a diet shake for breakfast, salad for lunch and chicken breast for dinner.
Why doesn’t willpower exist? Because your body has a biological and psychological response to dieting. Studies show that after you diet your body changes in the following ways:

1. Your metabolism slows, taking longer to burn off calories.
Your body is wicked smart. It needs a certain amount of calories just to maintain your organ functions, breathing and bodily functions. Because your body is wicked smart, your metabolism will slow down and your body will learn to live off of fewer calories per day because it wants to STAY ALIVE. Your body doesn’t hate you, it loves you. It is doing what it must to keep all the organs and bodily functions working. Unfortunately, the first bodily functions that stop working properly with calorie restriction is your reproductive system and digestive system. Both are VITAL in a healthy body.

The Biggest Loser study is a new research study that shows how the body and metabolism changes after calorie restriction and dieting. The clients followed a very strict calorie restricted diet and exercise routine and even years after participating in the show, their metabolism was slower than what it should be.

2. Your hormones will change. You will likely still feel hunger after eating.
Studies have shown a hormonal backlash occurs in defense to calorie restriction. Your “hunger hormone” grelin is increased after following a diet. While leptin, the hormone associated with hunger suppression and increasing metabolism, was suppressed. Another 20 hormones associated with hunger levels were also altered after following a diet compared to pre-dieting levels (read more in this study).

3. Food becomes more tempting.
Food preoccupies your mind, becomes more tempting and you cannot stop thinking about it. Your dopamine response to food alters and eating becomes more rewarding. From a biological standpoint, this is how your body fights to stay alive. Your body has a natural response (through the mechanisms described above) to keep working. This is how thousands of years ago we survived states of starvation. In today’s world, we have chronic starvation because we are constantly restricting or calculating how many calories we are supposed to eat (rather than have our bodies tell us how much we need).

From a psychological response, diets don’t work because restriction and deprivation never work. How many times have you told yourself that you are not allowed to eat the cookie? And once you “gave in” you ate at least double the amount you had planned on eating? Restriction leads to deprivation which leads to overeating which leads to guilt and then the restriction begins again. You have to stop placing foods off limits and stop restricting in order to stop overeating.

Your genetics play a large role in your size and weight. You have a set point (of about 15-20 lb range) that your weight will stay, no matter your conscious feeling of what you feel you should weigh. Instead of fighting our set points, let’s celebrate them.

Let’s normalize all body types, sizes, shapes and forms. We are all uniquely different, which makes of us each so beautiful- don’t you think?

VIM ambassador Nick reminding everyone that we hav

We have even MORE reasons for you to join our VIM

WEEK SEVEN of our WORKOUT OF THE WEEK!! . Every We

GET A ONE MONTH FREE TRIAL OF SMALL GROUP TRAINING

Out of shape or just out of ideas? Refresh your wo